What does one do after releasing a top-10 debut EP and touring the world playing massive shows? If you’re Grace Vanderwaal, you start your freshman year of high school. Although the 15-year-old sensation insists that she loves touring and songwriting, her exploding music career meant spending a “strange” amount of time with adults; Without enough friends her age, the New York native saw highschool as a way of normalizing. ‘I’ve gotten back in touch with myself,” she told Vanity Fair earlier this year. “It was almost to a point where... I was like, Is this me?” These are wise words from the youngest person ever to appear on Forbes 30 Under 30 Music list. Such maturity is manifest in her new EP, LOVE LETTERS: Vol. 1. Vanderwaal is set to star in the upcoming Stargirl film, recently signed to IMG’s modeling roster and has an encyclopedic knowledge of New Girl - and somewhere in between all that, she found time to write her most sophisticated music yet. Check her performance of new songs “Poser” and “The City,” and witness the continued blossoming of a true talent.

18:51
Super talent Emily Linge is back in our studio for some live music
Christian Kumhofer
3,321 Aufrufe 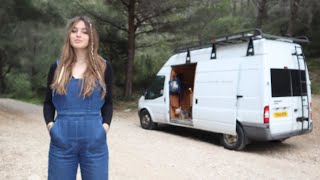 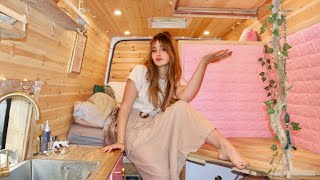 4:09
Only Love Can Hurt Like This- Paloma Faith- Live Cover by Charlotte Summers
Christian Kumhofer
6,852 Aufrufe

4:12
If We Make It Through December - The Petersens (LIVE)
Christian Kumhofer
731 Aufrufe